RELEASE NOTES:
Silo 2 is a focused 3D modeling application with the ability to effortlessly switch between organically sculpting high-polygon models and precisely controlling hard-edged surfaces. It can be used for anything from creating 3D characters for video games and movies to quickly exploring 3D architectural ideas.

Silo is currently being used at top studios worldwide as both a stand-alone design tool and as a versatile element of a multi-software 3D graphics workflow. It is available for Windows, Mac OS, and Linux.

Pure, Focused 3D Modeling
Silo brings 3D modeling zen to artists via a clean, focused environment and a streamlined toolset, honed over years of development. It was initially born of our own frustration with the needless complexity and slow, unmanageable workflows of all-in-one graphics software. We single-mindedly devoted Silo to modeling, discovering that the modeling workflow could be made much simpler without sacrificing any power. This unique approach has attracted in equal number students, hobbyists, and professional artists in film, games, architecture, and other fields looking to maximize their production. (Read interviews with professional artists using Silo.)

At Silo’s heart is an innovative, robust, and 100% customizable polygon editing toolset, suitable to both organic and hard-surface modeling. This polygonal base mesh is used to drive subdivision surfaces if desired: just hit C and V to navigate between subdivision levels and the base mesh at any time. Those coming to Silo from other applications will find that, despite having fewer tools, Silo isn’t lacking any functionality. Instead, basic modeling tools such as Tweak, Cut, Bevel, Extrude, and Slide intelligently adapt to the task at hand based on context, drastically cutting down on the time spent switching or hunting for tools. (Watch context-sensitivity in action with the Cut Tool.)

Finally, we’ve priced Silo to be accessible to everyone. We strongly believe that inexpensive 3d modeling need not sacrifice any quality, and we’ve designed Silo to prove it.

Visit the Explore section for much more on Silo’s features, or try Silo today for free. 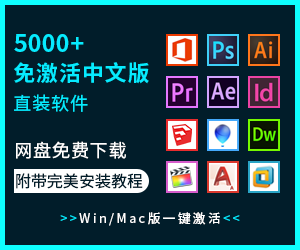